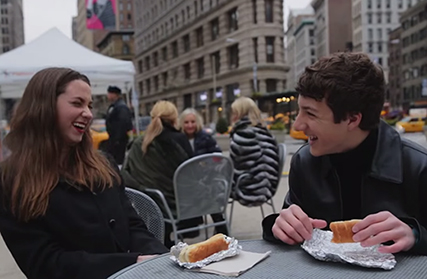 Ashley Brinton’s pretty new to the music scene, but it’s clear she’s ready to join the ranks of pop princesses who’ve gone before her. In her brand new music video for her single “You’ll Know,” premiering exclusively here at GL, Ashley goes on a series of progressively worse dates until she stumbles (literally) onto her perfect guy, played by Jake Short.

The video is pretty cute, and Ashley and Jake make a great on-camera couple. Their scenes together were so sweet and made all of the hilariously bad boys who came before look even worse. Ashley also did a behind the scenes video to chat about her new track in the recording studio. Check it out.