J Ravi has performed with Mariah Carey, Britney Spears, Paula Abdul, Ricky Martin, Will Smith and Will I Am and The Black Eyed Peas: opened for the Foo Fighters:  Hosted and performed for  Elon Musk, Michael Jordan, Apple, Dell, HBO, and the Prime Minister of India.  Oh yea…and performed for President Obama and appeared on Oprah. That is some serious pedigree.  He performed at the 2009 Oscars when two nominated songs came from Slumdog Millionaire, performed at past Superbowl’s, the Oscars, the  Bollywood Oscars, and the Telemundo Awards.

Ravi Drums has single-handedly created a new musical revolution. He has taken DJ’ing to a whole new level by adding live drum & percussion Re-mixes on the spot.   Ravi’s custom NASA-designed drum rig and dream screen look like something out of STAR WARS and is named ” The STAR DESTROYER ” for a reason:  Ravi actually worked with NASA scientists to develop the unique Dream Screen Transparent Touch Controller which was actually Inspired by Minority Report . His use of technology combined with his unstoppable raw energy creates a completely unique experience that will have you jumping and celebrating life.
https://ravidrums.com/

Ravidrums was the first Indian American music director of an American TV series. Howie Mandel discovered him performing in the 2008 Super Bowl pregame show.  DJ Ravi is also credited with inventing the process of live drum playing while re-mixing.
Drums has served as personal DJ for Hugh Hefner, appeared in a Gap commercial, and played a small role in The Matrix Reloaded.
Ravidrums appeared on the Nintendo E3 2008 Press Conference where he performed on stage to promote the then-upcoming game, Wii Music.
Events include the HBO Emmy after party, Fashion Week in New York City and LA, and every high profile global event worth attending. 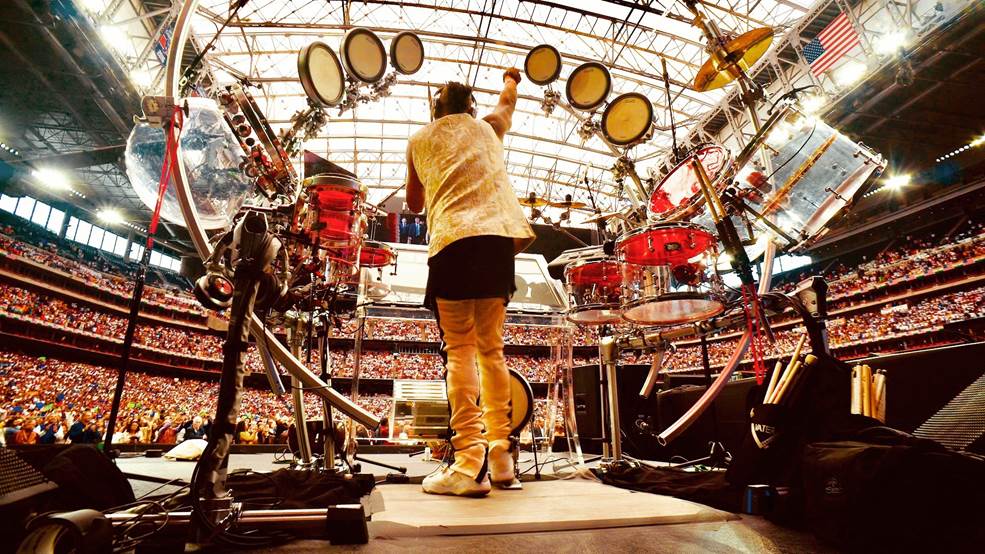