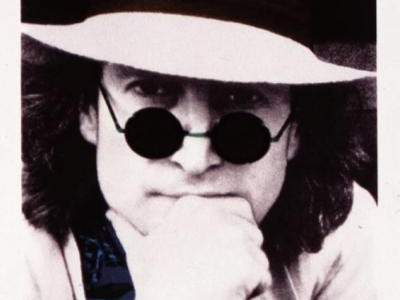 John Lennon would have been 75 years old on Friday.

What would he make of our time? Would he have reveled in electronica and hip-hop the same way he rejoiced in the B-52s? Would he have joined the Beatles “Anthology” project — 20 years ago! — or dismissed it as “garbage”?

Would he and the other Beatles have played together again? What about his sons, Julian and Sean? Or his politics? Who would John Lennon be now?

So many questions — and so many days that never were. Inescapably, two months from now, on December 8, we’ll commemorate the 35th anniversary of his death. Lennon has been dead almost as long as he was alive. An entire generation has elapsed since then.

But let’s leave the regrets aside. This is a birthday: a time for celebration.

John Lennon left plenty to celebrate: his songs, of course, from “A Hard Day’s Night” to “Strawberry Fields Forever” to the joyful, post-Beatles contentment of “Double Fantasy.” There’s also the introspection of his interviews, the literary wit of such books as “In His Own Write” and a variety of artworks.

The latter are having a belated moment in a traveling exhibit that will include stops this month in New York, Denver, Toronto and San Francisco.

His widow, Yoko Ono, thinks her late husband would have remained quite the Renaissance man, as pithy on Twitter as he was loquacious on “Dick Cavett.”

“It’s as if (social media) were made for John,” Ono told the Newport Beach (California) Daily Pilot in March. “Oh, he would be on a computer all day and night.”

And with John Lennon, what better way to celebrate?