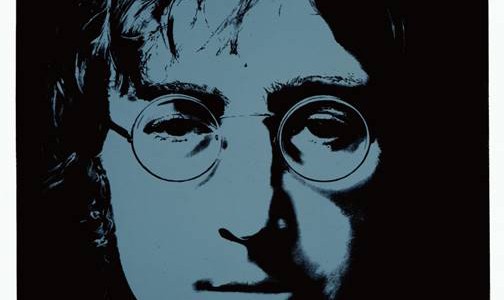 SF Weekly: I Just Had to Look, Having Read the Book: An Art Exhibit for John Lennon’s 75th Birthday

Beatle, husband to the extraordinary Yoko Ono, and namesake of the Liverpudlian airport, John Lennon would have turned 75 tomorrow, Oct. 9. To celebrate, rock historian Theron Kabrich has put together a show called Imagine Peace: the Artwork of John Lennon at the San Francisco Art Exchange. Over 60 works of original Lennon art will be displayed through the end of the month.

Lennon published two books of poems and drawing at the height of Beatlemania — In His Own Write (1964) and A Spaniard in the Works (1965) — and made a series of lithographs in 1970 called Bag One Portfolio, which detailed the events surrounding his 1969 marriage to Ono (also described in the song “The Ballad of John and Yoko”), including the famous Bed-in in Montreal.

Although his approach to spirituality and religion was complex, ranging from LSD to Transcendental Meditation sessions with the Maharishi Mahesh Yogi in India to the no-hell-below-us-above-us-only-sky lyrics to Imagine that drove Pat Robertson nuts, Lennon’s message of peace and love was consistent, and his happy, almost childlike line drawings reflect the same sensibility of the later Beatles. While music was obviously what Lennon will always be best known for, he was a visual arts student prior to the band’s formation, and turned back to drawing in the last decade of his life, prior to his murder outside the Dakota Apartments on December 8, 1980.

Each image is an estate-authorized, limited-edition print, hand-signed by Yoko Ono. And tomorrow, on Lennon’s actual birthday, SFAE will host an all-day unofficial tribute during gallery hours, with a white “Imagine Series” piano modeled after the one he presented to Ono on her birthday in 1971.