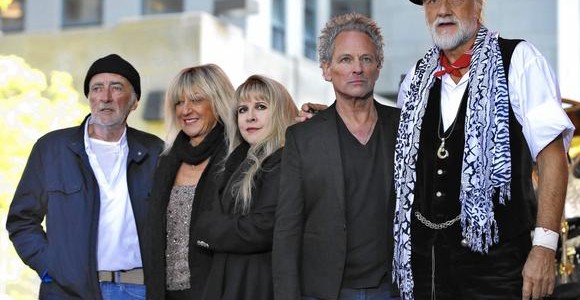 Mick Fleetwood picked up his first Contax camera 20 years ago, when he realized that touring the world with Fleetwood Mac started to feel a lot like childhood. Fleetwood’s father served in Britain’s Royal Air Force, and his family lived “like Gypsies” all over England, southern France and the Mediterranean coast, the drummer writes in his new memoir, “Play On: Now, Then, and Fleetwood Mac.”

Fleetwood uses a different simile in a recent phone interview, describing touring like “being in the Army, stationed everywhere.” Traveling reminded him of his dad’s hobby of photographing the family all over Europe. With fellow shutterbug and bassist John McVie, Fleetwood shot various countrysides during concert tours in the 1990s.

“My dad was just one of those people who took loads of pictures. It was the curse of the family,” Fleetwood recalls with a laugh. “So it was just muscle memory, I think, that it became a natural fit for me. It was just me trying to capture where I was going, and being in a rock ‘n’ roll band, it was almost like getting posted here, there and everywhere, probably even more than my dad ever was in the Forces.”

Evidence of Fleetwood’s trading drumbeats for camera clicks appears this month at Fort Lauderdale’s Wentworth Gallery, where his show “Reflections: An Exhibition of Original Photographs by Mick Fleetwood” is on display. Fleetwood is scheduled to visit the gallery and meet buyers of his photography on Thursday, Dec. 18, the night before Fleetwood Mac’s On With the Tour stop at the BB&T Center in Sunrise. The show falls halfway through the group’s first tour in 16 years as the best-known iteration of Fleetwood Mac, the “Rumours”-era lineup, including the recently returned Christine McVie, who left in 1998.
Photos: Diner en Blanc in Miami

“The energy [onstage] feels so electric and so vibrant, not only because of the return of the band, but because Christine is making us all complete again,” Fleetwood, 67, says. “Not to sound like an old hippie here, but it’s like she never left.”

The “Reflections” photographs span about six years, Fleetwood says, starting with the black-and-white landscapes and long dirt roads of England he discovered while preparing to move his mother to Maui, Hawaii, where he lives. Other color photographs capture the splendor found among Hawaii’s hills and mountains, including “The Jungle Takes Back,” depicting a blue pickup covered in vines and a rear-windshield sticker that reads, “Keep It Hawaiian.” In “Shrooms,” he shoots a patch of “little green magic mushrooms” he found on a foothill, which is probably the only drug, he admits, that he hasn’t taken over the decades.

“I was sitting in the studio one night recording ‘Rumours’ when we decided to figure out how much coke I had done over the years. We figured if we laid it out end to end, it would be about 7 miles long,” Fleetwood says with a laugh. “But no, there’s no reference to shrooms in the book.”

Fleetwood says the tour, while “grueling” when combined with his appearances and the book tour for his memoir, co-authored with Anthony Bozza, is nothing he can’t handle.

“Look at someone like B.B. King or Tony Bennett or Elton John, and you’ll really have your hair curled as to how much they work,” Fleetwood says. “Compared to their really crazy scheduling, we’re in good shape. But I’m that model of a person, anyhow. I don’t like sitting around, twiddling my thumbs.”